Cantabria Acoge Association (ACA) has been working for 25 years with immigrants and their families. This has given rise to an evolution of the programs and they have increased the number and quality of interventions does to their experience. During these years Cantabria Acoge Association has carried out programs in three fundamental areas for the family and the personal integration of their beneficiaries which are social, labour and legal.

Thanks to this effort, the City of Santander has offered in 2015 the possibility of using an urban garden to promote the social integration of the immigrant community.

The urban garden of Concepción Arenal began in 2015 when the Santander City Council donated this space to the Asociación Cantabria Acoge to be used as a resource for the social integration of migrant population. The space belongs to the network of Sustainable Social Gardens of Santander City Council that was launched in the spring of 2010 not only for a recovery of spaces in disuse but also to promote the family and neighbourhood as well as intergenerational relationships. At the beginning these spaces were only for the retired population over 60 years old and residents of the city of Santander. It was later decided to open access to associations to be able to give a space of socialisation in a different environment to other groups achieving a more effective integration.

ACA created an integration project for the immigrant community using an urban garden as a resource. The city council selected this project and assigned ACA a plot in the community garden. 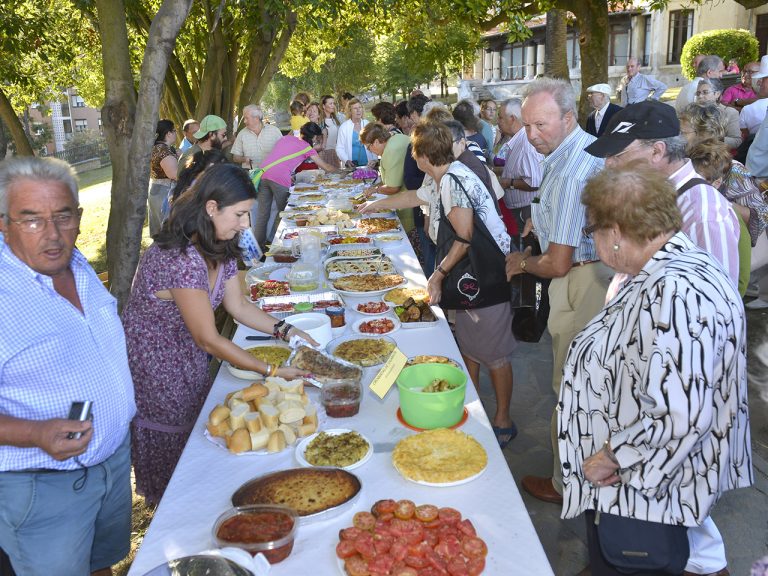 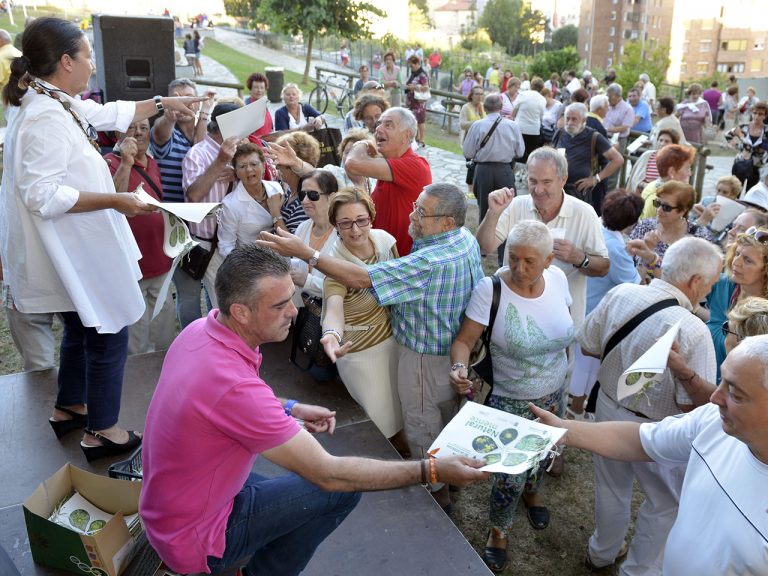 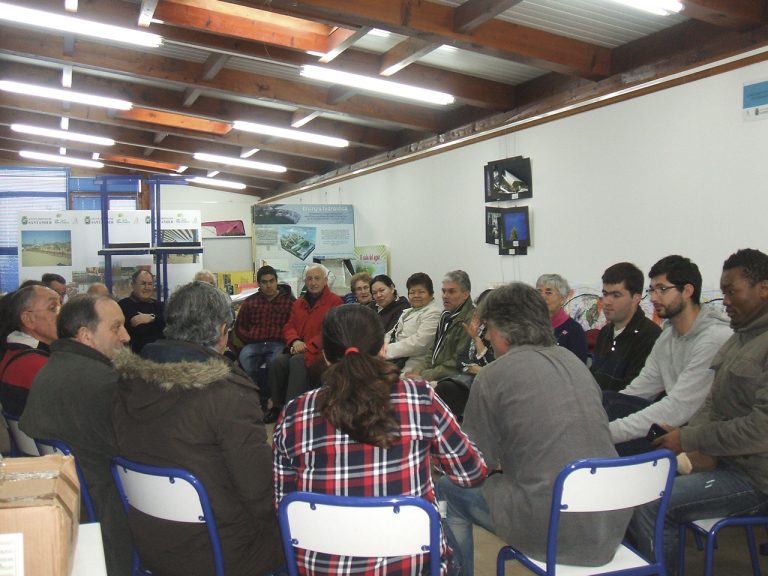 The urban garden of Concepción Arenal is located in the centre of Santander, a short distance from the headquarters of Cantabria Acoge. The garden belongs to the network of sustainable social gardens of the City of Santander, a project that began in 2010, whose purpose was, apart from promoting everything related to urban gardens, to recover areas heavily degraded by industry or just not used for a long time.

Currently the network of municipal urban gardens has 119 plots spread over four spaces: 56 in the Altamira Park (2168 m2 of total area), 24 in the Alisal (390,33 m2), 16 in the Duque de Ahumada (299,04 m2) and 23 in Concepción Arenal (505,14m2). All these spaces are in the central area of the city and they are reachable by walking or by public transport. All plots are used by residents of the city and belong to the city government. In order to use the spaces, it is necessary to follow a selection process and there is a priority for retired people and those registered in the municipality that begins with an inscription in the town hall, and then they enter in a waiting list. One of the main features of this project is the training: it is compulsory to carry out a course of organic agriculture before accessing the garden. In addition, other courses related to agriculture are being developed throughout the year including composting, organic agriculture, ecology, and activities aimed at schools and youth.

Once these plots have been granted, the user can use them for life provided that the space is used and respected. Cantabria Acoge Association was the first entity to work with migrants in one of the gardens. Meanwhile other organisations followed and some migrant families also got plots in the gardens.

It seems important to note that this resource of urban gardens of the municipality of Santander is open to any organisation that requests it (depending on the availability of the gardens). Groups working with people who have mental health or special needs, ensure that the gardens are fully accessible.

Dimensions of the garden: total area 938 m2 and area for plots of 505.14 m2 divided into 23 parcels of size between 15 and 23 m2. Each plot is assigned to a beneficiary or an association.

The municipality is responsible for the costs of the establishment of the garden such as: working and improving the soil, supplies for the garden, an irrigation system and tools. At the beginning, each plot had to pay a small amount of € 40 to cover the purchase of growing materials. In addition to this expense, and when there is no possibility of the exchange of seeds, the gardeners buy them on their own. The garden has a booth to store the tools and there is a bulletin board for courses, excursions, exchange of seeds and there is a toilet too. The garden is fenced to avoid theft problems. Seasonal vegetables and spices are mainly grown.

In line with the global interventions of the Association and within the philosophy of comprehensive care for individuals or families, it was thought that a useful resource for the social integration of migrants could be an urban garden in which beneficiaries could learn something related to agriculture, healthy diet and at the same time to offer a meeting space in which to develop social skills and teamwork. The initiative is supported by the association, which, as mentioned above, is very close. On the other hand, the network of gardens is coordinated by a training school called Centro Ambiental Los Viveros dedicated to promoting the environment in all its facets, offering a series of outreach, research and environmental training programs designed to promote the advancement of the city of Santander to move towards a situation of sustainable development.

Throughout these 3 years we have worked with a total of 5 families and 3 people without a social network in our country. The nationalities of the beneficiaries have been Peruvian, Chilean, Cameroonian, Paraguayan and Ukrainian.

From the ACA there is a need to have a space outside the association to develop social cohesion in a new and natural environment. ACA has the support of the city council to use a plot in the urban garden network of the city. The use of the garden is a resource that can be offered to the migrant community from the association. The purpose of this resource can be seen under different aspects:

According to the experience of the association, several threats can hinder the final success of a project like this. The lack of commitment and motivation on the part of the users, their promise to maintain a constant effort in the garden, the cultural differences that in some cases encloses the gardener around their garden without integrating with the rest, the linguistic barrier and other factors they can hinder the good development of the garden. It is important that the role of a facilitator or coordinator is to organise activities to involve the gardeners which encourages participation and the sharing of knowledge learned. Experience tells us that a person coming from outside the garden may be the best solution but a lack of financial resources can threaten this type of help. The search for a person to take care of the garden can be a major challenge for the success of the project. Other threats that may weaken this resource may be: the lack of support from the municipality and the Environmental Centre that would leave the beneficiaries without resources and lack of respect for the spaces by the population not involved in the garden (there have been cases of theft by neighbours), etc.

The success of the project is due mainly to the presence of the town hall and the Environmental Centre Los Viveros that are supporting the gardeners. You can count on resources, although limited, in order to organise activities or workshops aimed at training. It is important to note the presence of several associations that work with users at risk of exclusion to cover the different aspects of society. Another consideration is the location of the gardens. They are all located in the centre of the city and are easily accessible.

In order to undertake this project, there is a versatile and multidisciplinary team that follows the user in the different stages. Cantabria Acoge has specialised technicians in different areas such as social, labour, legal and childhood. Depending on the needs, these technicians can follow the user doing a joint and comprehensive work between them. Importantly we also have the support of the Environmental Centre Los Viveros which is responsible for the training in agricultural issues. The centre has technicians in ecological agriculture and volunteers who accompany the dissemination and training work. A necessary condition to be able to access the network of gardens after the allocation of the plot is taking part in a course in organic farming. Other types of courses and activities are carried out throughout the year to promote the social integration of users. All gardeners can participate for free. For the undertaking of this work two activities have been chosen that will be explained in the last part.

According to their short experience in urban gardens with migrants they have been able to appreciate the benefits of a resource like this. It is important to analyse and raise awareness beforehand of the beneficiaries who want to participate. It is important to inform them about existing resources and it is fundamental that the users get involved in the garden and in everything that entails. Values such as teamwork, reciprocal help, exchanges of experiences, sharing, responsibility, coexistence and respect can be easily achieved.

The presence of a reference association for beneficiaries can facilitate and help throughout the process. The support of the town hall and the training centre in this case has been fundamental, in addition spontaneous activities or initiatives may evolve among gardeners who use the resource, such as the choir activity outlined below.