Hälso Trädgården started as a project in 2014. Residents from Kristianstad voted through a proposal for a common garden in central Kristianstad. There are several different associations involved in the care of the Health garden. One of the associations is Hälsoträdengården’s friends who are a non-profit association with mainly older people.. The other non-profit association affiliated with this group is physically disabled people between 18-65 years. In both these groups there are Swedes and people with an immigrant background.
In the health garden, anyone who wants to participate in gardening should be able to participate. Many people who live in Kristianstad do not have their own garden and the Health Garden gives them the opportunity to take part in gardening.. Many residents need the garden as a place to feel good about themselves. This makes it a natural gathering place for the residents to socialize and take part in the garden. 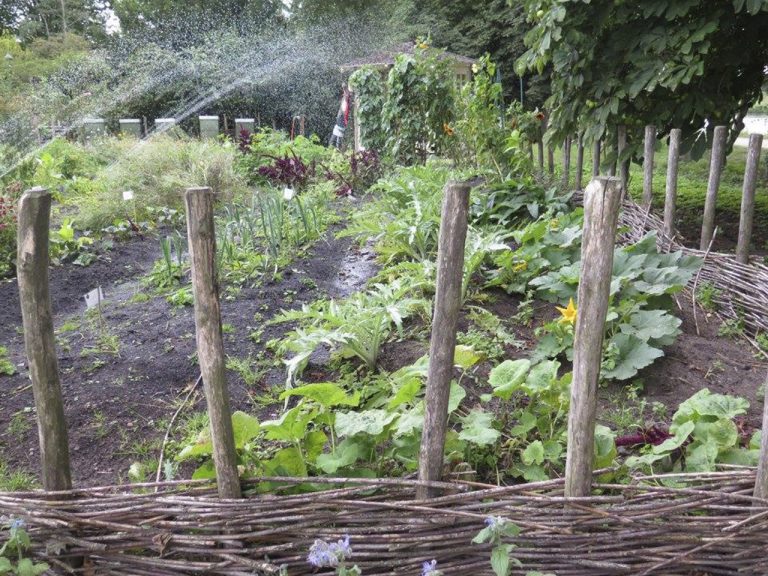 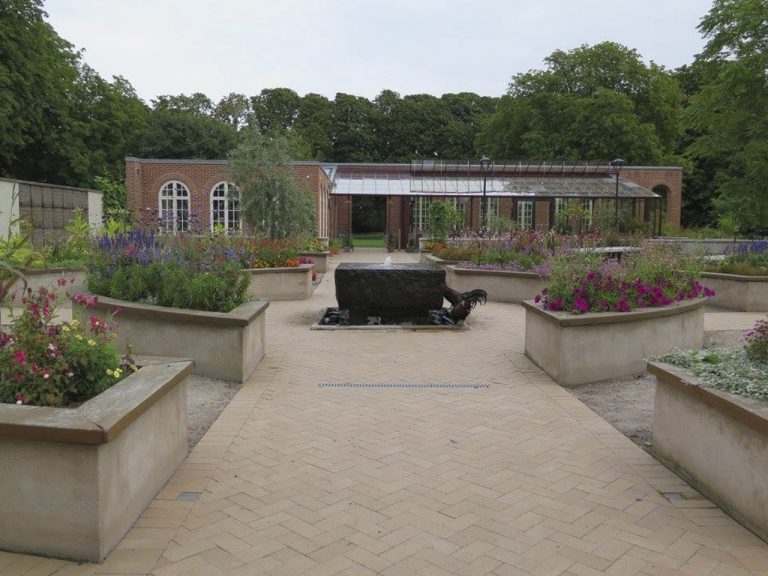 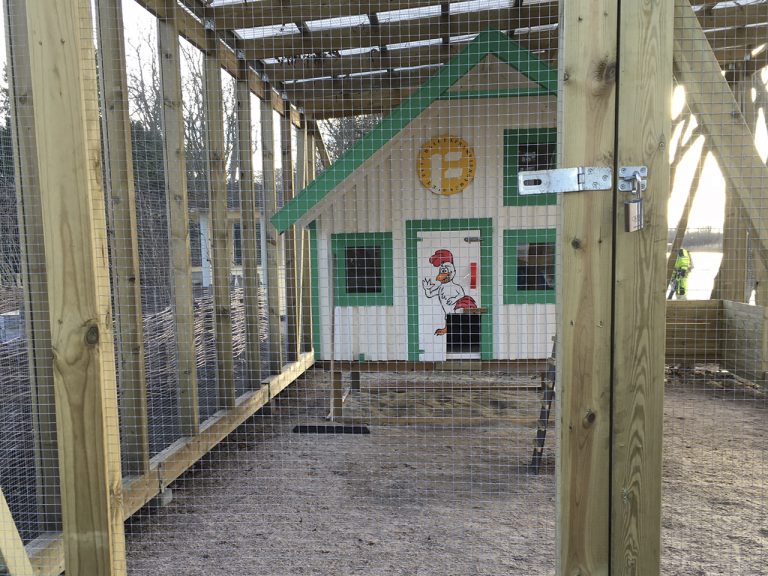 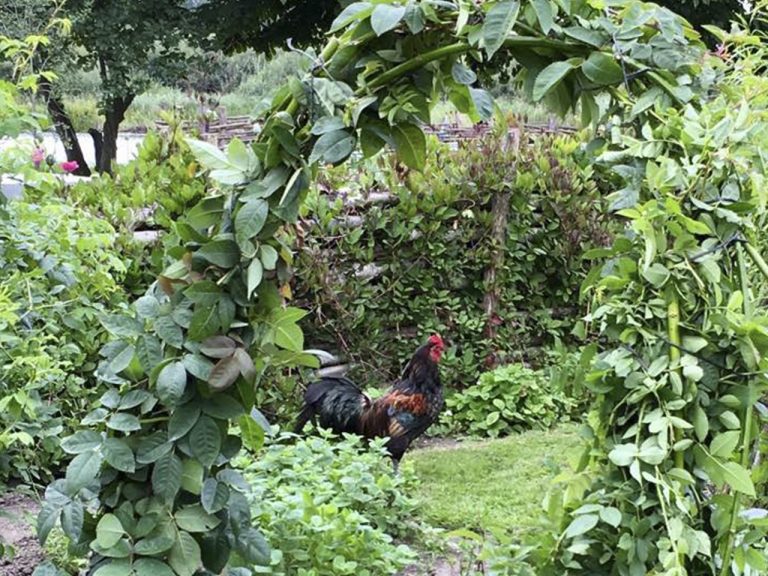 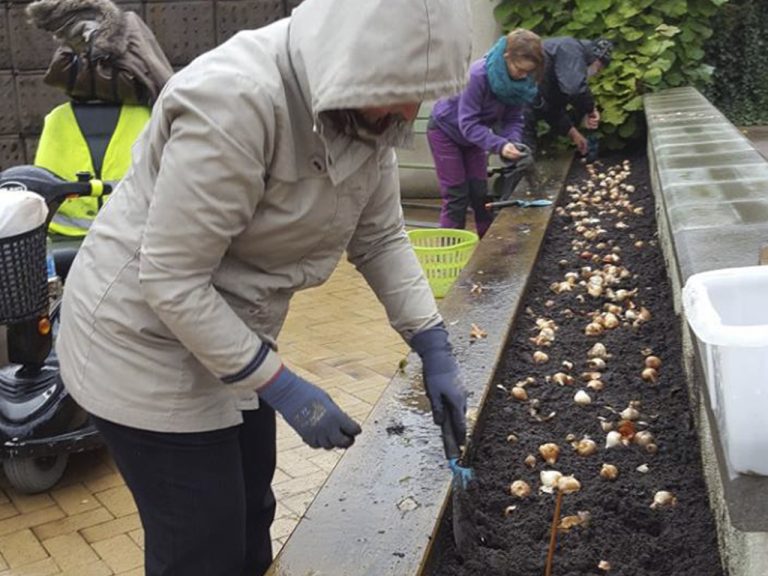 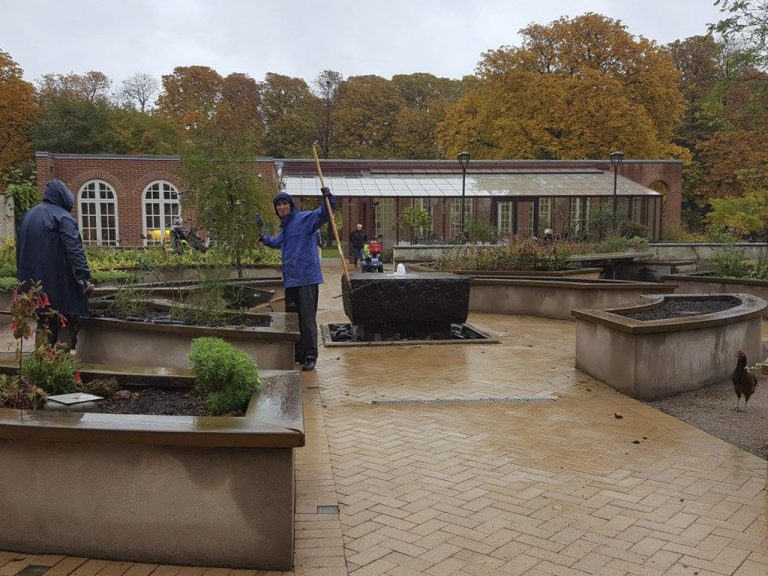 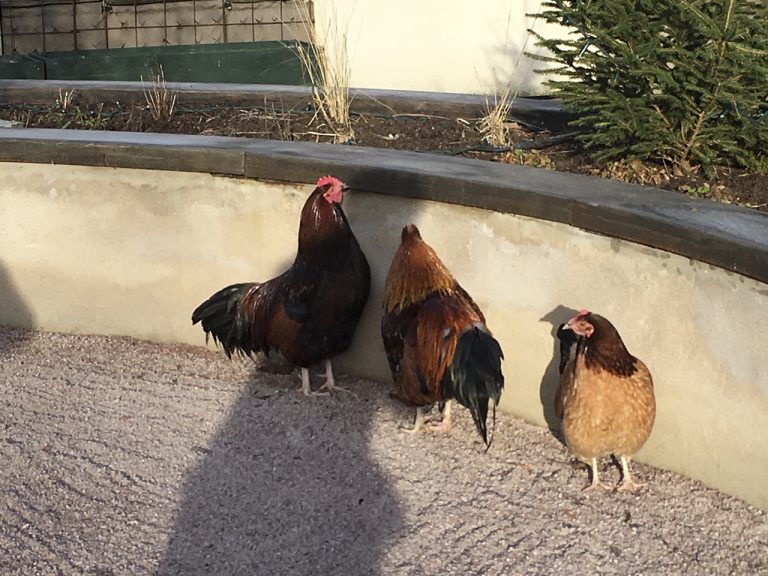 The Health Garden is a part of a big park called Tivoliparken within 5 minutes walking distance of the center. The plot is owned by the municipality. The garden is 3000 m2 and is one big garden. The garden has many kinds of areas such as rose garden with over 100 different kinds of roses, a herb garden, fruit trees and soft fruit such as raspberries and blackberries. bush, small bush whit for example raspberries, blackberries, currants (not sure what this means) with perennial plants, bulb plants such as tulips and daffodils raised beds, greenhouses and compost bins. In the park there is an orangery that has a kitchen, toilet and a dining room. The dining room is also used for lessons in teaching about gardening. The Health garden also has raised beds so that people with wheelchairs can enter underneath with the wheelchairs to be able to sit and work on the raised bed. There is also the possibility for children to be in the children’s garden. Outdoors there are chickens and a large hen house that the children take care of. There are non-profit groups that use the garden and , about 45 people attend. The Health Gardens also an open garden and around 50 people use the garden on any given day. The cost of construction of the Health Garden was about SEK 12 million Swedish crowns.

The Health garden in Kristianstad was created so that all the inhabitants of the municipality would have an open garden to come to and would be able to socialise and grow plants together. Immigrant groups from the municipality’s SFI education (Swedish For Immigrants) undertake study visits to the garden and get information that they are welcome to participate in the garden by planting and harvesting the crops. Immigrants come and attend a language café.

The Health Garden has also been an activity for school classes with children of different ages. The children come and look at the chickens and feed them. The elderly homes with seniors hold courses on meditation and yoga. When this group is in the Health Garden they sit in their wheelchairs and do exercises and meditate together to create harmony and calm.

The Health Garden has also been an activity for school classes with children of different ages. The children come and look at the chickens and feed them. The elderly homes with seniors hold courses on meditation and yoga. When this group is in the Health Garden they sit in their wheelchairs and do exercises and meditate together to create harmony and calm.

The main opportunities are that everyone can come to the garden and take a part to learn Swedish at the same time they enjoy the garden. Everyone, no matter what their nationality or culture background is, can learn from each other and have something to teach other people. The Health gardens are a voluntary association with friends of the garden giving guided tours in the garden to show and tell about the various plants that are in the garden. These guided tours are also done in smaller groups for immigrants, for them to listen to Swedish and ask questions and this they trains them in the Swedish language.

Various activities are divided and different people are responsible for the various activities. There are workshops for immigrant women including: the spring festival, cultural night, open garden, sowing and cultivation, and a new brochure to spread the activities.

The goal is to have immigrants as trainees and this has been well received. The Health Garden have had 2 trainees for 6 months and then they have got work in Kristianstad municipality’s park management. After this, there will be 2 new ones that have the same work routines. This has been around for the last 2 years and has been very positive. The migrants have had a good opportunity to learn Swedish and their work duties.

The trainers and the different organisations have the competence to work and learn how the garden should be managed. Many of the people also have had their own garden before and some have been professional gardens in the past. .

In the Health Garden where many people want to participate, problems can sometimes be created, about how everything should be managed and how the tasks should be divided. In the beginning, when the garden was under construction, there were many people that had differing opinions, and it was decided together at a meeting on how they would make everything work. It is important that everyone who is involved in the garden knows what tasks and responsibilities they have, but also that they respect the times of the other groups and how they handle their tasks.

The gardener began by calling for a meeting of the various volunteer associations who were interested in participating. They decided which days and times each one would have at their disposal. They went through what would be planted and which ones would have responsibility for the different parts of the garden.

They made decisions together on how groups could make study visits, how they should run cultural days and all events such as the manufacture and sale of products coming from the garden, such as homemade marmalade. They decided that Hälsoträdgården’s friends would be responsible serving coffee with homemade cakes when there were events during the year.

Together, they began to solve the problems that existed. They meet once a month with everyone who is in the working group who is selected by the different members The Board of Directors has the chair, secretary and treasurer. The number of members is currently 120.

Before the meeting, the group went through the various associations and decided the agenda to ensure, that everyone can actively participate in the care of the garden. The groups that are involved, come from different cultures and are new arrivals as well as others that have been in Sweden for a long time. There are people with disabilities and a large group are seniors.In order to collaborate group, decisions are made on the various activities that will take place in Health Garden during the spring and summer.

The challenge of having immigrants as trainees can be laborious for the gardener who is their supervisor. There are many questions that they need answers to, both within the work but also other things related to social life, and about Sweden and how Swedish society works and cultural differences. The challenges of getting volunteers to set up can sometimes be difficult to handle, as it is only a gardener and 2 interns who are responsible for the garden and planning for the non-profit groups. The need for more staff and more volunteers who can help is great.. This can be a problem if they don´t get more staff or get more volunteers. Because of this sometimes they must reduce the activities.

Problems with other groups that were more difficult to reach: