It was created as a place where all people feel good - independent from their social, economic, cultural background. The gardeners follow ecological principles. In 2018 the garden had 90 members with two thirds of them female,  and one third male.

Of these members 75%  of them are migrants, mainly people aged between 30 and 45. The garden is used by people from 25 different nations. The biggest group with a migrant profile is Turkish, others are  from Syria, Afghanistan and Iran.

At the moment the garden is organised by one paid coordinator and two board members. 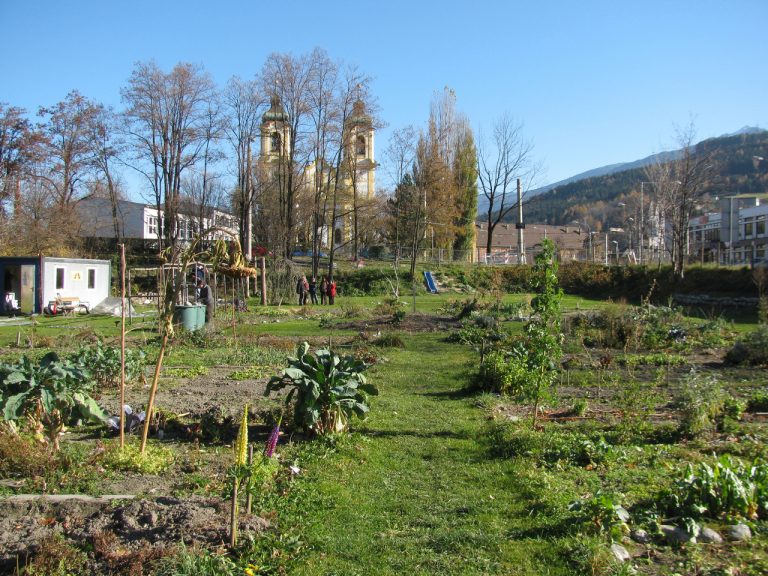 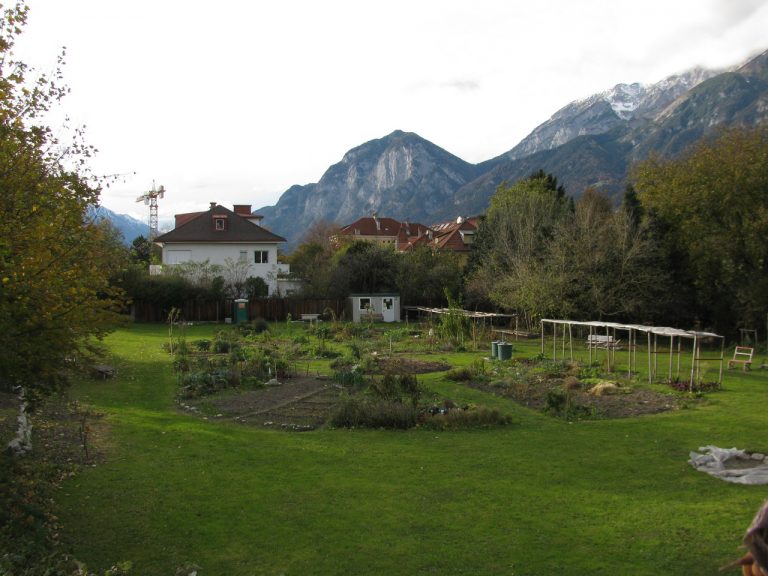 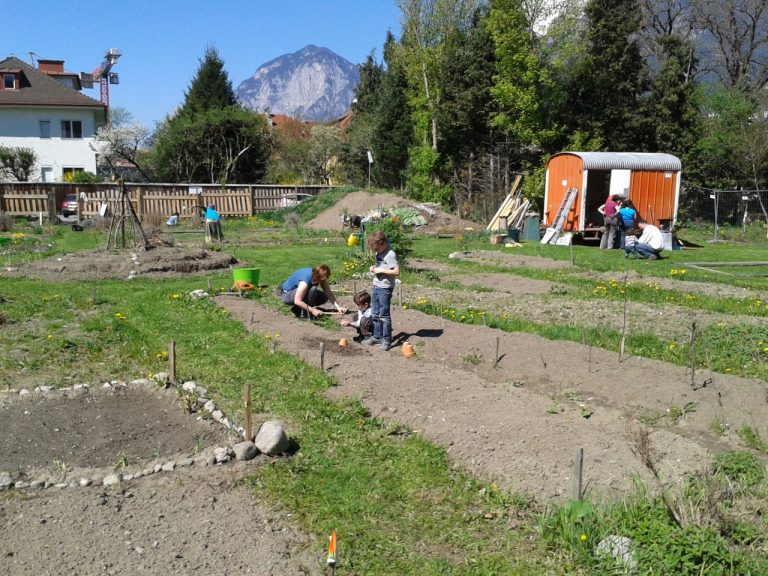 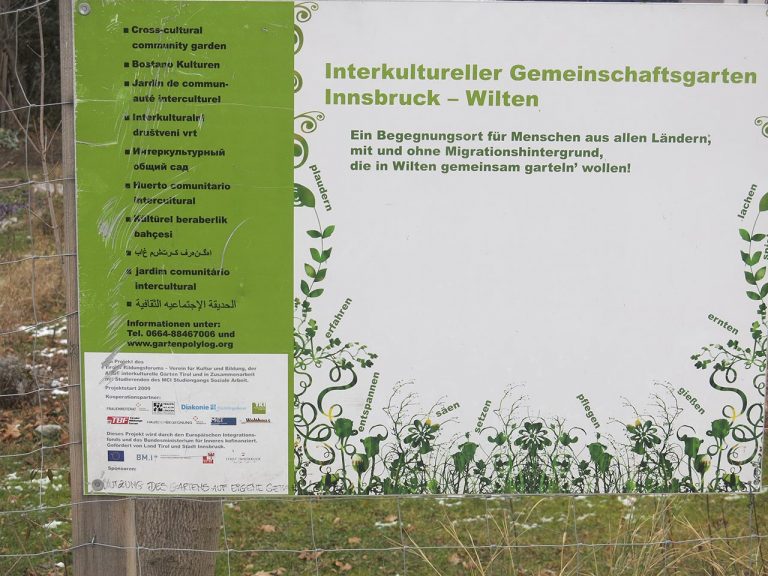 The garden was founded to create a space of encounter, to create an intercultural community, to create dialogue among different cultures and different perspectives and to learn to interact with people from different backgrounds. In the creation of the garden, Tiroler Bildungsforum, the university of Innsbruck, students from the college for social work focused on the involvement of migrants in the garden. The college students did research about migrants and migrant organisations in the area and got in contact with different organisations to invite as many migrants as possible. The grant for the first two years was dedicated to work with people who had come to Austria less than three years ago. To assure the intercultural character of the garden the group has decided that no ethnic group of gardeners should exceed 20% of all gardeners.

The garden cooperated with an intercultural women association who did some of their German classes in the garden and had a group growing bed of their own. A Bosnian culture association also had a growing bed. The geographical institute offered tours through the surroundings and the dinner club and the language café carried out their activities in the garden, thereby enriching the intercultural garden life. In the beginning training on management and how to deal with intercultural groups as well as how to manage conflicts were held for all group members.

The main opportunities are to learn from each other, to understand yourself in different roles as someone who learns and as someone who is an expert and teaches. Learning German and having a place to speak German is another benefit of being part of the garden. The possibility for friendships and networking, becoming part of professional networks of other gardeners helps migrants with their professional integration.

The experience of diversity is a benefit for all gardeners independent of their backgrounds.

Especially for traumatised migrants the garden is also a refuge and a place where they get strengthened and find peace. Mutual support in difficult situations is another important benefit.

After the first two years the garden became an independent association and no longer had a paid coordinator . After some time, more conflicts among gardeners occurred and the garden group decided that a new coordinator could help to solve the problems. With a grant from the city and the county they managed to employ a coordinator for a few hours per week. This first coordinator was mainly skilled in project management and experienced in work with migrants and intercultural relationships. She supported social interaction and the inclusion of different groups, improved communication and organised a number of activities. This helped the garden to run smoothly again.

Differences in how to discuss, how to deal with problems are not necessarily related to nationality but also to personal experiences. Being ready to understand each other is seen as a key attitude to solve and reduce conflicts.

To deal with different language levels and different communication habits the garden group uses several strategies such as:

To use simple language is seen as important but not always easy to implement.
Declining engagement and motivation are also a problem as in many groups. Joint actions make it easier to communicate and to learn from each other and at the same time create community. Another key to community building are garden feasts and eating together.

It is important to constantly invite gardeners and people from outside to activities and not to expect that people will come by themselves. Clear structures and clearly described tasks help gardeners to engage.
From the interviewers’ perspective the main success factors and of the initiative are:

The grants at the one side gave the opportunity to organise a lot of activities for migrant support. On the other hand, the resources could not be used to foster less tangible, less obvious qualities of the garden.

As a lot of training and activities to create cohesion and awareness of intercultural relationships took place in the first years of the project, gardeners who joined later could not benefit to the same extent as those who were there from the beginning.